The Healthy Active Places Tour is an event to promote healthy and active youth, families, and communities and advance community-based efforts to create Safe Routes to School in a region of America with huge needs.

A small but ambitious group of women will crisscross California’s Central Valley by bicycle, riding approximately 300 miles from Sacramento to Fresno in one week to connect with communities on the ground and better understand the concerns of their residents. Along the ride, the Healthy Active Places Team will stop at schools to promote local efforts, celebrate grant awards, and advocate for more resources to improve walking and bicycling conditions in those communities in the coming years.

Why focus on the Central Valley?

The San Joaquin Valley, also known as the Central Valley of California, is one of the most fertile agricultural regions in the world – growing 25% of the food Americans eat on 1% of America’s farmland – yet it is one of the poorest and unhealthiest places in the country.

Cities in the Central Valley consistently rank at or near the top of the list for the worst air quality in the nation, and residents in many communities lack basic infrastructure let alone safe places to walk, bike, and play. 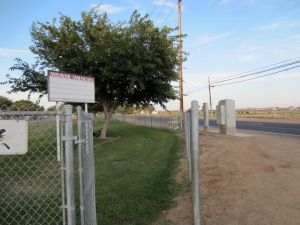 As a result of these factors and the sad irony that low-income residents in this fertile agricultural region don’t have access to healthy food, Central Valley communities face alarming rates of overweight and obesity, asthma, diabetes, and other related chronic diseases.  Also important to the Healthy Active Place Team, the Central Valley has a younger population than California as a whole, with nearly 35% of residents under 20 years of age, and youth in this region have higher (and rising) rates of overweight and obesity than the California average.

About the Safe Routes to School National Partnership

About Ride America for Safe Routes

Ride America for Safe Routes (RASR) promotes bicycling for transportation and public health and bicycle safety through advocacy bicycle tours, to experience conditions on the ground and help to raise awareness in communities with the greatest needs for bicycling infrastructure. RASR is a 501(c)3 non-profit organization, and a project of several members of the Healthy Active Places Team. The inaugural RASR event was a 5200-mile, 3-month ride from Key West to San Francisco in Spring of 2012.